When you’ve tried everything you can to increase your brand following, but your Facebook page is still mimicking the call of a thousand lonely crickets, it can be tempting to look for quick fixes. After all, it’s not like anyone will know you’ve bought fake Facebook likes, right? Wrong.

In 2016, there are plenty of offshore companies looking to cash in on our desperation for likes and followers. We are a generation so obsessed with being seen as popular, that even businesses are succumbing to the temptation of purchasing followers. But if you’re one of the many who think it’s no big deal, I’m here to burst your bubble. Here are 4 reasons why you should NEVER purchase fake Facebook likes.

#1: It won’t increase your following

To increase your brand awareness and popularity, you need real people engaging with, and sharing, your content. Have you heard of Facebook’s algorithm Edgerank? The algorithm is used to assess the engagement levels of your page; using this information to not only determine how interesting your content is, but also how many people should see it. If all your followers are fake, how often do you think your content is going to be seen by real people?

Sure, you’ll see a giant rise in your page numbers, but buying followers will do absolutely zero to increase your organic popularity or content reach. 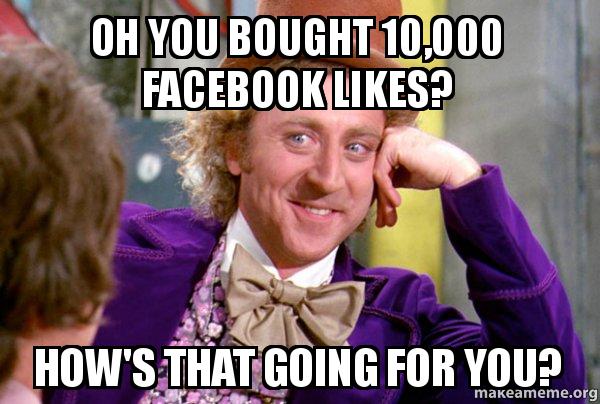 #2: It can harm your brand reputation

If people come by your page and see that all your followers are from another part of the world, they’re going to be suspicious. For example, if you are a Brisbane building company, but all ‘loyal customers’ are from india, it won’t take long for genuine customers to get the whiff of something fishy.

Not only that, but it doesn’t look very credible when your page is supposedly followed by 30,000 people, but your posts only receive a handful of likes. Do you really think fake followers are a motivation for real people to follow your company? The answer is, NO.

With Facebook becoming more and more ruthless with shutting down “Blackmarket Like Farmers,” this means that Facebook are also reviewing accounts that have purchased fake followers.

As the social media giant explained in a 2015 post:

“When we see suspicious patterns of likes coming from or to a specific account, we thoroughly investigate the situation in order to determine whether there is fraudulent activity taking place.

“We’ve said it before, and we’ll say it again: don’t buy fraudulent likes! They may be tempting, but fraudulent likes are going to do more harm than good for your Page.”

Everyone knows that boosting Facebook content is an ideal way to reach more customers. But if you’re boosting your content to a base of fake followers, all you’re going to do is lose money.

As Emeric Ernoult – Founder and CEO of Agorapulse – shared with AdEspresso:

Buying fans is like paying people to be your friends. What do you think is going to happen when you’ll stop giving them money? They’ll go away to the next person that will give them money.”

On top of personal advertising losses, you’re also likely to turn off potential investors. “If an advertiser ever found out you [bought followers], they’d never do business with you again,” says David Burch from Californian video marketing company TubeMogul.

If you’re ready to start building a real following, with users who want to share and like your content, give our SponsoredLinX experts a call on 1300 859 600! We can help grow your following without resorting to dodgy blackmarket practices!

PS. Want to see more examples of why fake likes aren’t worth it? Just look at the below experiment by Adspresso 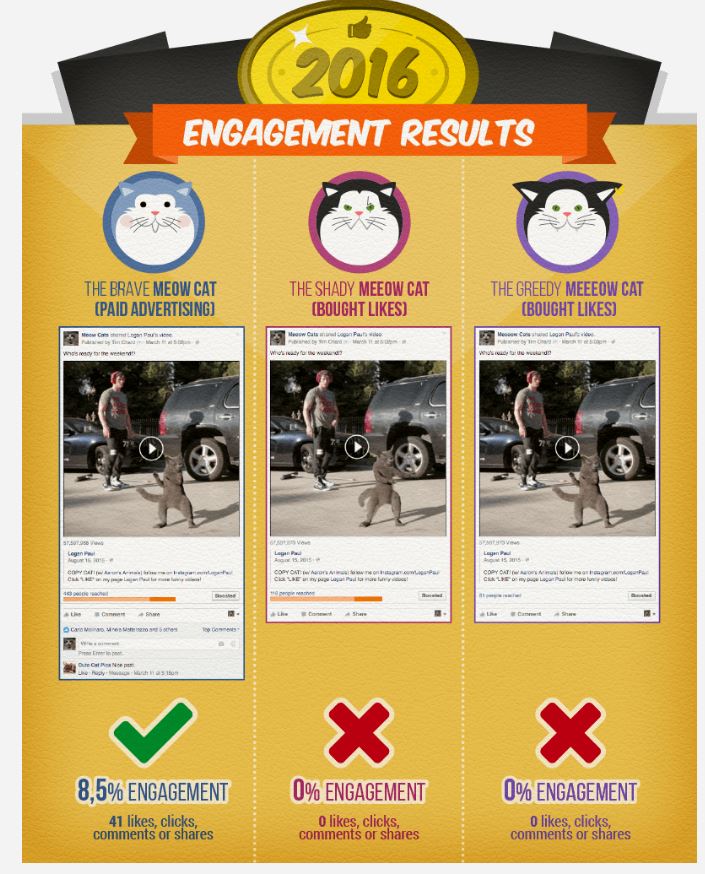